This category of smallish insectivorous passerines belong to two families. The pardalote family (Pardalotidae ) and the Acanthizidae family which includes the scrubwrens, heathwrens, fieldwrens, redthroat, gerygones, thornbills and whitefaces.

The Pardalotes are a small bird endemic to Australia which have short tails and stubby beaks. The name Pardalote originates from the Greek language and means to have spots, which Pardalotes do, strangely enough one pardalote species common name is the Spotted Pardalote? They spend a great deal of their time in the upper and outer foliage of large trees hunting for insects and spiders, in particular lerps which are a sap-sucking insect. It is thought that they play a significant role in the control of lerps, controlling infestations in the eucalypt forests. Pardalotes nest by burrowing into the ground, usually into a sandy or gravel bank, about a metre long and the size of a mouse hole.

Gerygone, means “born of sound” and is the name given to a small bird with a pleasant song. All the species in Australia are of similar size in the 10-12cm bracket. 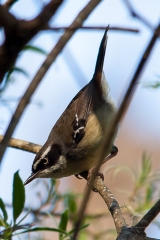 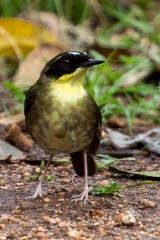 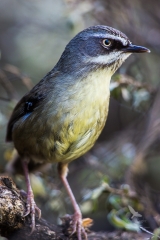 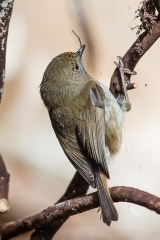