Australia has four species of Pitta which are all brightly coloured and mainly terrestrial birds. They also have relatively small distributions, all residing in the north.

There are two species of lyrebirds, both Australian and both ancient, they are best known for their outstanding ability to mimic other sounds, be they natural or artificial. Lyrebirds have been known to mimic chainsaws and like, they are very convincing! They are also well known for the males huge tail feather display, which has managed to get the bird on the flip side of the 10 cent piece.

There are also two species of scrub-bird, worldwide and both very secretive, shy and quite rare, having only very small areas of distribution. Although much smaller than lyrebirds they are thought to be the closest relative along with the treecreepers.

Once more the bristlebirds are another very small family with only three species and again all endemic to Australia. 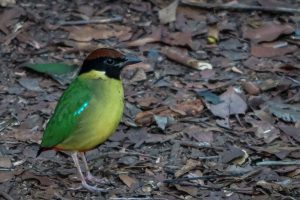 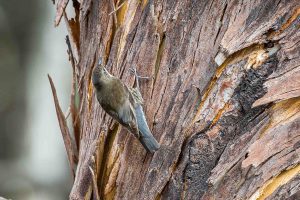 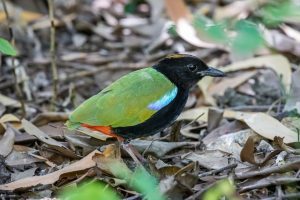 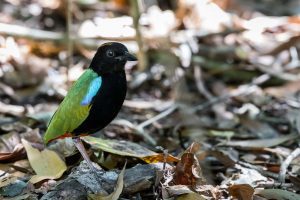 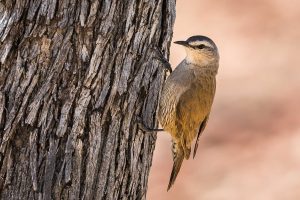