This group includes the swifts, kingfishers, bee-eaters and the dollarbird. Within the Coraciiformes order, the Alcedinidae family of Kingfishers in Australia there are three groups, Dacelo – the kookaburras, Ceyx – azure and little kingfishers and Todiramphus – typical kingfishers such as the forest, collared, red-backed and sacred. Additionally there are two other species, the Buff-breasted Paradise Kingfisher and the Yellow-billed Kingfisher.

The laughing kookaburra is native to eastern mainland Australia but was introduced to Tasmania, Flinders Island, Kangaroo Island and Western Australia as a symbol of unity for the federation of the Australian territories in 1901. The Blue-winged Kookaburra is found in northern regions from SE Queensland around to Shark Bay in WA. There are four sub-species, the most common being leachii.

Like some kingfishers, the Rainbow Bee-eater burrows in the soil to build its nest. The Bee-eater is a brightly coloured bird that catches insects on the wing, once caught the bird will return to its perch and hit the catch on the branch before consuming it. This is habitually done with most insects even though the aim is to rid the bee of its sting before swallowing it. 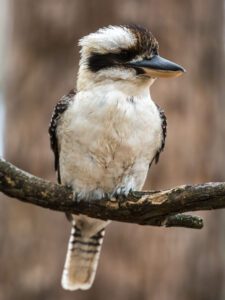 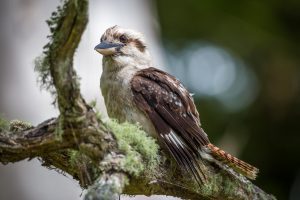 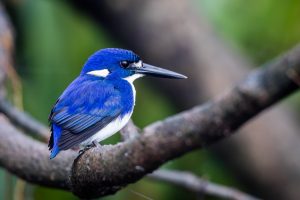 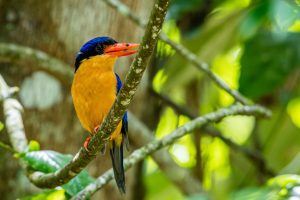 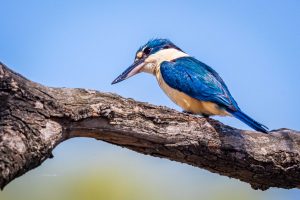 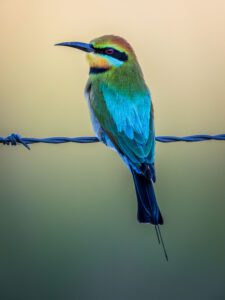 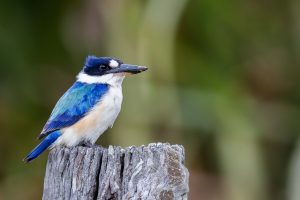 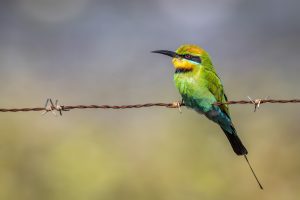 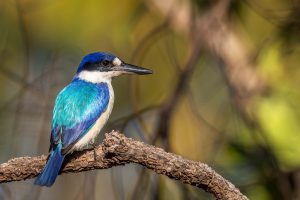 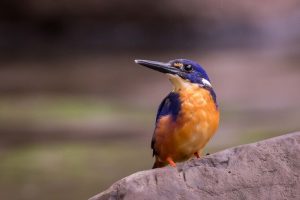