The family of Meliphagidae includes all the honeyeaters, friarbirds, wattlebirds, miners, spinebills, chats and gibberbirds. There are 182 species of Meliphagidae of which about half are only found in Australia. Honeyeater distribution is almost completely restricted to Australia, New Guinea, New Zealand and the western Pacific islands. They are a small to medium sized bird, generally having a slightly downward curved beak and a very developed tongue which has a brush like tip and side bristles that readily soak up nectar; this is then squeezed out by the beak as the tongue is withdrawn from the nectar source. They also supplement their diet with insects of various kinds and some eat fruits flowers and seeds. The birds with more slender and curved bills tend to be more specialized in nectar collecting, whereas the birds with stumpier and or straighter bills tend to be more insectivorous. The honeyeaters tend to dart from perch to perch and then reach out or hang too collect nectar from the blossoms rather than fly or hover like the hummingbirds. Friarbirds are larger members of the Meliphagidae family and get their name because of the relatively drab colouring and the round crown, somewhat like a friar. They are also very vocal birds, not that is necessarily akin to the friar. 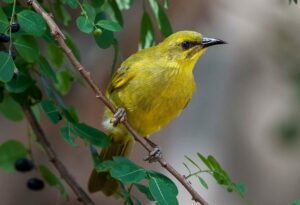 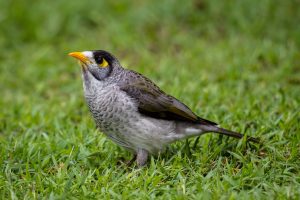 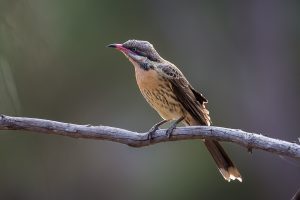 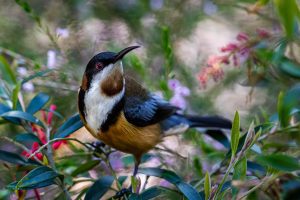 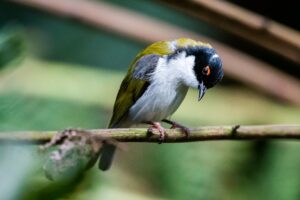 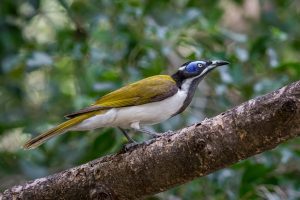 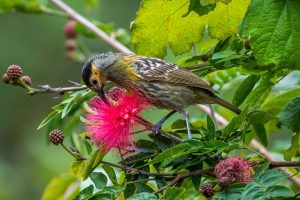 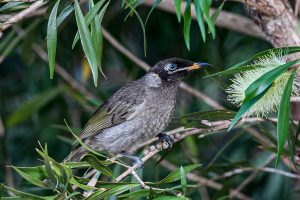 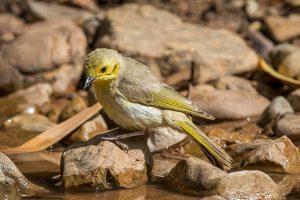 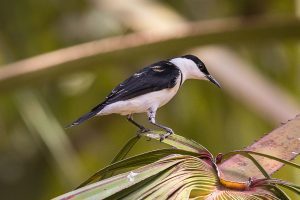 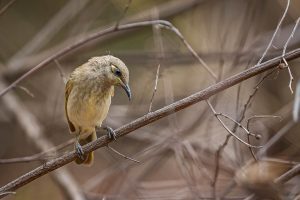 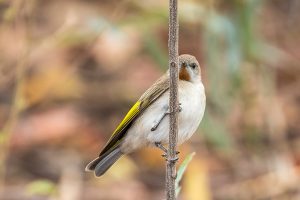 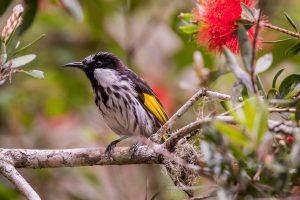 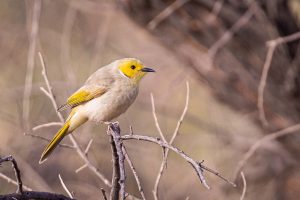 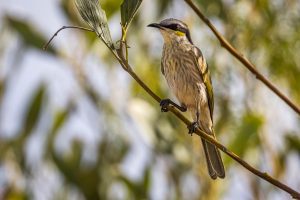 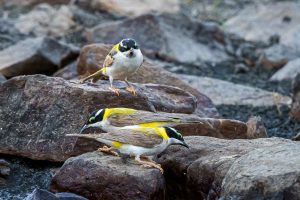 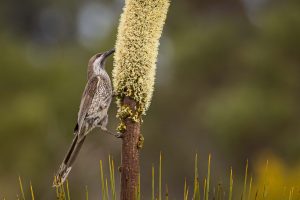 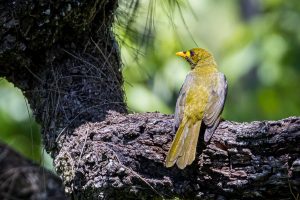