Lapwings is a big group which has all the plovers, dotterels, oyster-catchers, pratincoles, phalaropes, lapwings, stone-curlews, stilts, avocet and jacana which are all members of the Charadriiformes order.

Many of the birds in this group are waders or shore birds that migrate a long way each year like the sandpipers.

Birds like the Masked Lapwing of which there are two sub-species in Australia are ground dwelling birds that live on insects and their larvae plus worms and molluscs. They are renowned for the defensive activities of the nest and young and will fly at people in an attempt to strike them with the spurs on their wrists when they feel threatened. The northern Masked Lapwing is slightly smaller than the southern cousin but has a larger wattle covering its face.

The Jacana or lotus bird has enormously long toes in which it distributes its weight, enabling it to walk on lily pads in search of food. From a distance it may appear to be walking on water which is why it is also sometimes known as the Jesus bird. 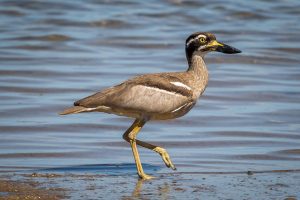 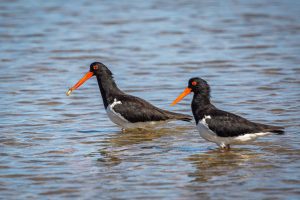 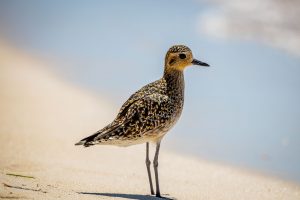 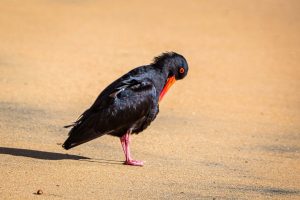 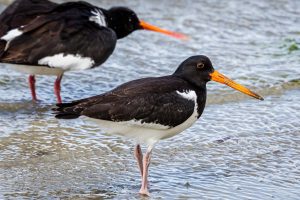 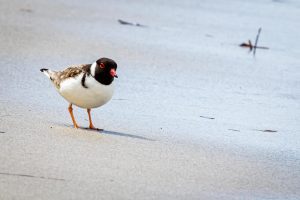 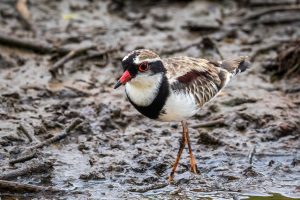 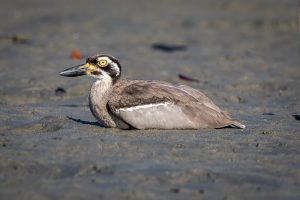 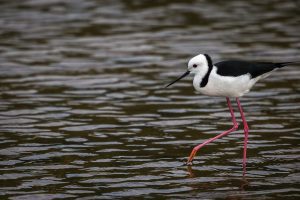 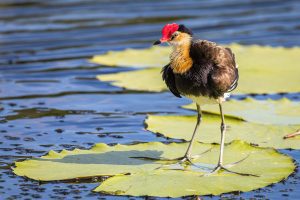 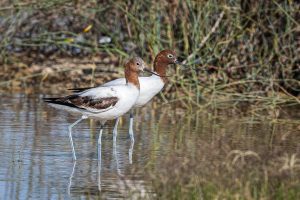 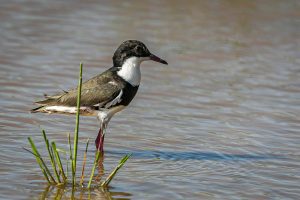 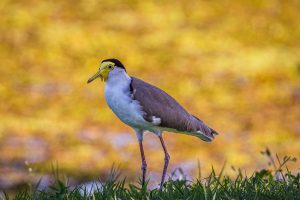 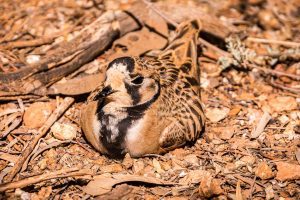 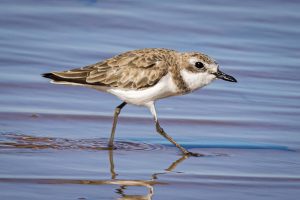 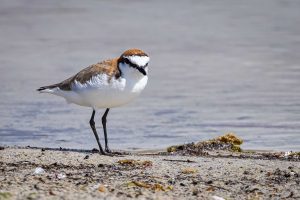 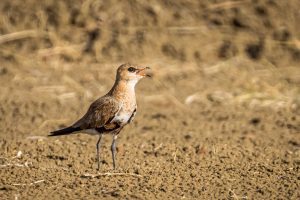 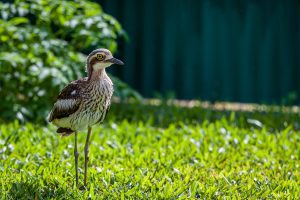