The family Monacrchidae consists of the monach-flycatchers, boatbill and magpie-lark; fantails and willie wagtail belong to the Rhipiduridae family, and also closely related is the drongo which is in the Dicruridae family.

Australian flycatchers are part of the larger group of old world flycatchers, they are very good singers and are mainly small to medium arboreal insectivorous songbirds, many of which, as the name implies, take their prey on the wing.  Quite often the male and female differ quite a bit in appearance.

The willie wagtail derived its common name from its habit of wagging its tail horizontally when foraging on the ground. It is equally skilled at catching insects on the wing as it is on the ground, having a stronger bill than most fantails enables it to eat more heavily armoured terrestrial insects. A very territorial bird that will aggressively defend that territory from much larger birds than itself, such as kookaburras and even eagles. It has adapted well to the human changes in its environment and can be seen in most urban backyards. It featured in Aboriginal folk law as a bringer of bad news.

Fantails in general are a little smaller than the willie wagtail and concentrate more on catching prey on the wing than those on the ground. They are very agile fliers with the ability to catch insects on the wing quite efficiently. Two rows of rictal bristles surround the gape and assist in guiding the prey into the mouth.

The spangled drongo has a long forked tail, is black and perches silently waiting for insects to pass by, at which time it swoops and catches them on the wing. Often the swooping action is irregular and comical which is why it lends its name to Aussie slang; drongo is a slang word for idiot or dumb arse. 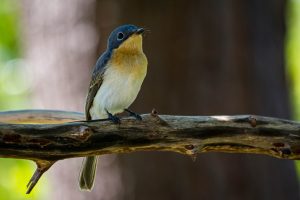 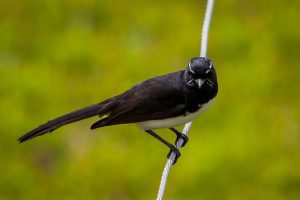 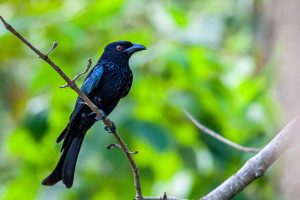 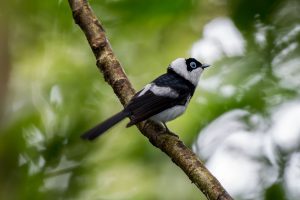 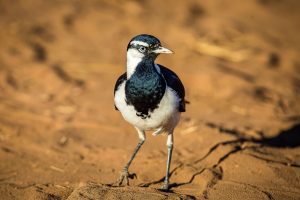 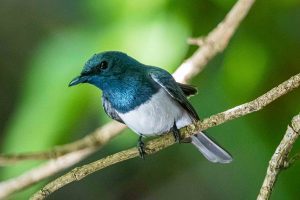 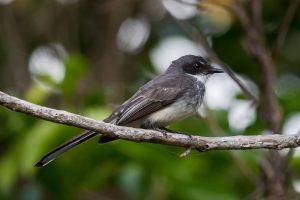 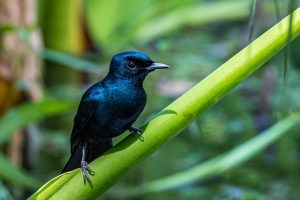 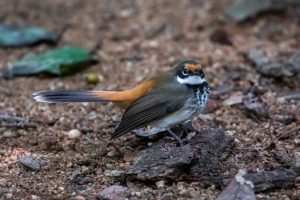 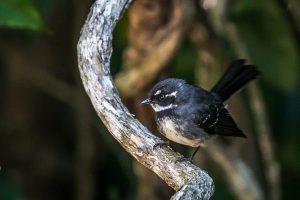 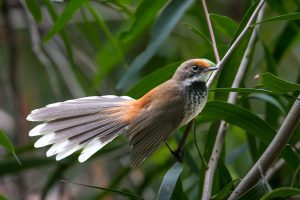 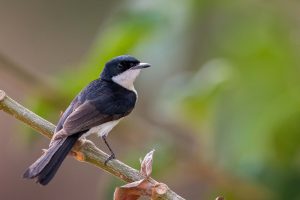