The order Gruiformes includes all swamphens, rails, crakes, waterhens, moorhens, native-hens, and cranes. The bustards are now in their own order Otidiformes. The Australian bustard is otherwise known as the Plains Turkey or sometimes the Bush Turkey and is Australia’s largest extant flying bird, just tipping out the Australian pelican and sarus crane. Male Bustards can range in weight from 4.3 up to 13kg and the female between 3 and 6.5kgs. The bustards generally prefer to remain on the ground for that reason and will usually only take flight when frightened. They have an unusual method of choosing mates in what is called an exploded lek. A lek is when the males gather in an area and parade themselves before likely female partners and the female then chooses which of the males she will mate with. It is usually the biggest of the males that gets the most action. It is called an exploded lek because the males are not close to one another but spread apart by at least 100 metres and often much more.

The majority of species within Gruiformes order belong to the family Rallidae and include all of the Australian birds in this order bar the crane. Rallidae are stout terrestrial, marsh and aquatic birds with long toes. They frequent the water’s edge of freshwater marshes and lakes in search of food. They are generally not very colourful but often have brightly coloured bills. They also usually run rather than fly from danger. 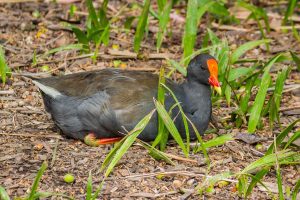 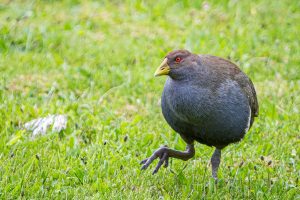 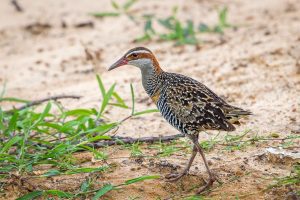 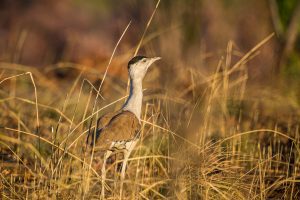 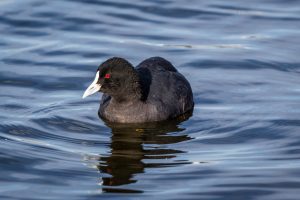 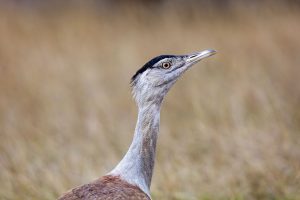 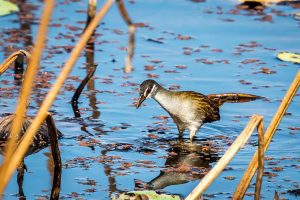 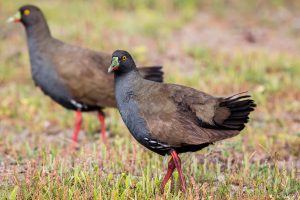 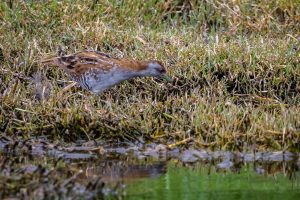 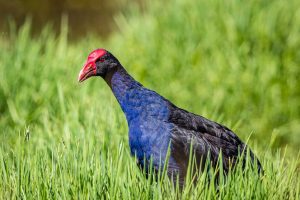 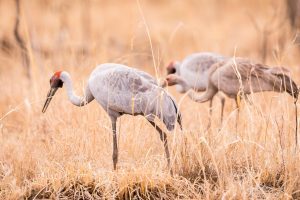 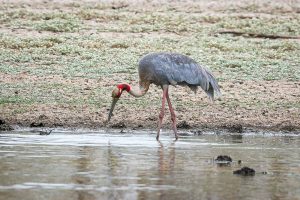