The Emu & Mound builders group includes the emu, cassowary, bush-turkey, malleefowl, scrubfowl, pheasants and quails. This does not include the pheasant coucal however, as it is actually a cuckoo.

Emus are the second largest bird in the world, second only to another flightless bird, the ostrich. The emu can grow as high as 2 metres tall but generally is around 1.8m and weighs about 50kg; they are very good swimmers and can sprint at speeds of about 45 kph. They are known to chase clouds and this is thought to be in hope of getting a drink and additionally like many ducks they cannot walk backwards. The male emu incubates the eggs and rears the young without the assistance of the female.

The Male Australian Brush-Turkey or Bush Turkey as it is locally known builds a large nesting mound out of leaf litter and composting twigs from the forest floor which is normally at least a metre high and around 4 metres across; this mound often becomes the incubation chamber for the eggs of several females which the male has mated with. The male continually checks the mound temperature with his beak and adds or takes away composting material to maintain a temperature of between 33 and 38 degrees. When the chicks hatch they are basically independent, having all their feathers and the ability to fly (and fledge) which they normally do within a few hours of hatching.

An even larger nesting mound found in the tropical bush is that of the Orange-footed Scrubfowl, their nesting mound can be of enormous dimensions, 3 metres or more high and 9 to 13 metres in diameter, either circular or elongated, incorporating several tonnes of decaying organic material. Unlike the bush turkey, the scrubfowl have permanent pair bonds and a pair will contribute to the building of their mound year round. As long as the mound is not discovered by feral pigs, it may be used for many years, in each of which the females will each lay around a dozen eggs. Although the scrubfowl is very territorial the mound may also be shared with other pairs during the breading season. When the young hatch they are independent and will fledge almost immediately.

The Orange-footed Scrubfowl is a territorial bird that has a loud crowing call which can be heard in the rainforest over long distances, particularly at night.

The Helmeted Guinea-fowl along with Indian Peafowl, Jungle-fowl (chooks) and wild Turkeys are all introduced birds to Australia and are not normally considered to be Australian birds, yet can be found running wild in various areas. 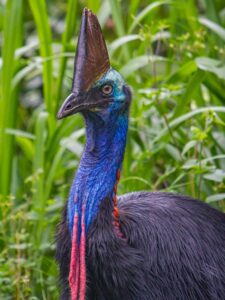 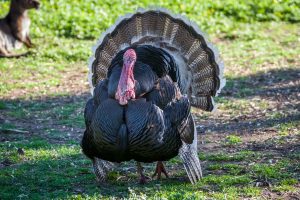 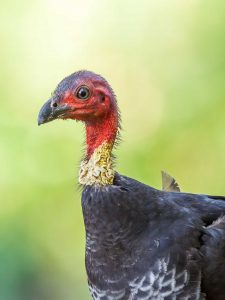 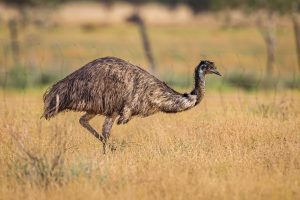 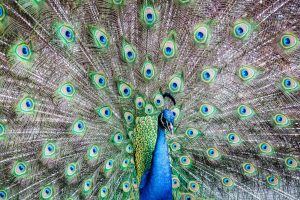 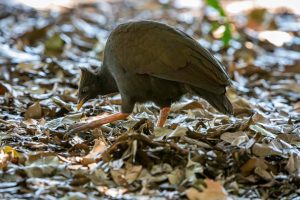 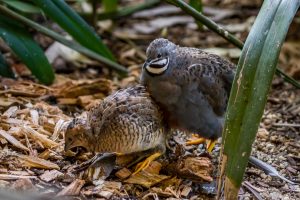 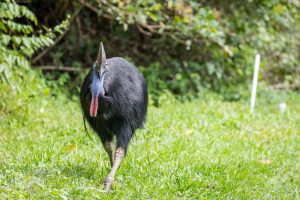 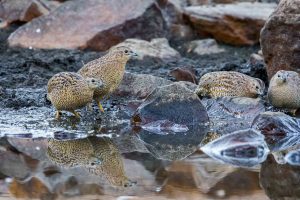 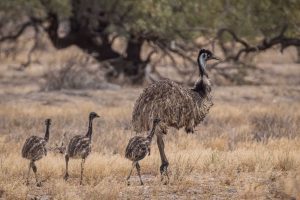