Bats are the second largest group of mammals in the world with about 950 species. They belong to the Chiroptera order which is further sub-divided into micro and mega bats.

Fruit bats or flying-foxes are mega-bats and very interesting mammals, in that they are capable of sustained flight and may travel more than 50 kms in a single night in search of food and at speeds of up to 40km/h. Flying-foxes have exceptional eye sight and a keen sense of smell but do not use echolocation like many of the microbats do. There are four species in Australia, the black flying-fox, the grey-headed flying-fox, the little red flying-fox and the spectacled flying-fox. The latter is listed as vulnerable due to declining numbers. These mammals play a vital role in pollinating many tropical trees and also spreading seeds of many fruiting trees, in fact there are some plant species that rely on flying-foxes completely for propagation.

While flying-foxes are generally considered to be clean animals, they do have a pungent urine smell about their roosting camps which is quite off putting when you reside near them. They can also get the Lyssavirus which normally kills the bats in a fairly short time. Lyssavirus is very closely related to the rabies virus (same Genus) and it is therefore necessary for people to have been vaccinated for rabies before handling any flying-fox. Note that you need to be bitten or deeply scratched to catch this from a fruit bat, but there are several recorded cases. Additionally the henipaviruses (of which Hendra Virus is one) are naturally harboured by flying-foxes. The hendra virus can be fatal to domestic livestock and humans. For these reasons it is best not to attempt to touch flying-foxes.

Unlike mega-bats, micro-bats do not rely on sight to find food. Instead they use a form of sonar called echolocation. Micro-bats echolocate by bouncing sound waves off objects and listening to the echo. In this way they are able to sense their environment and find their prey. It enables them to fly in the dark and also catch flying prey. Some micro-bats also hibernate for periods over winter when food is scarce. 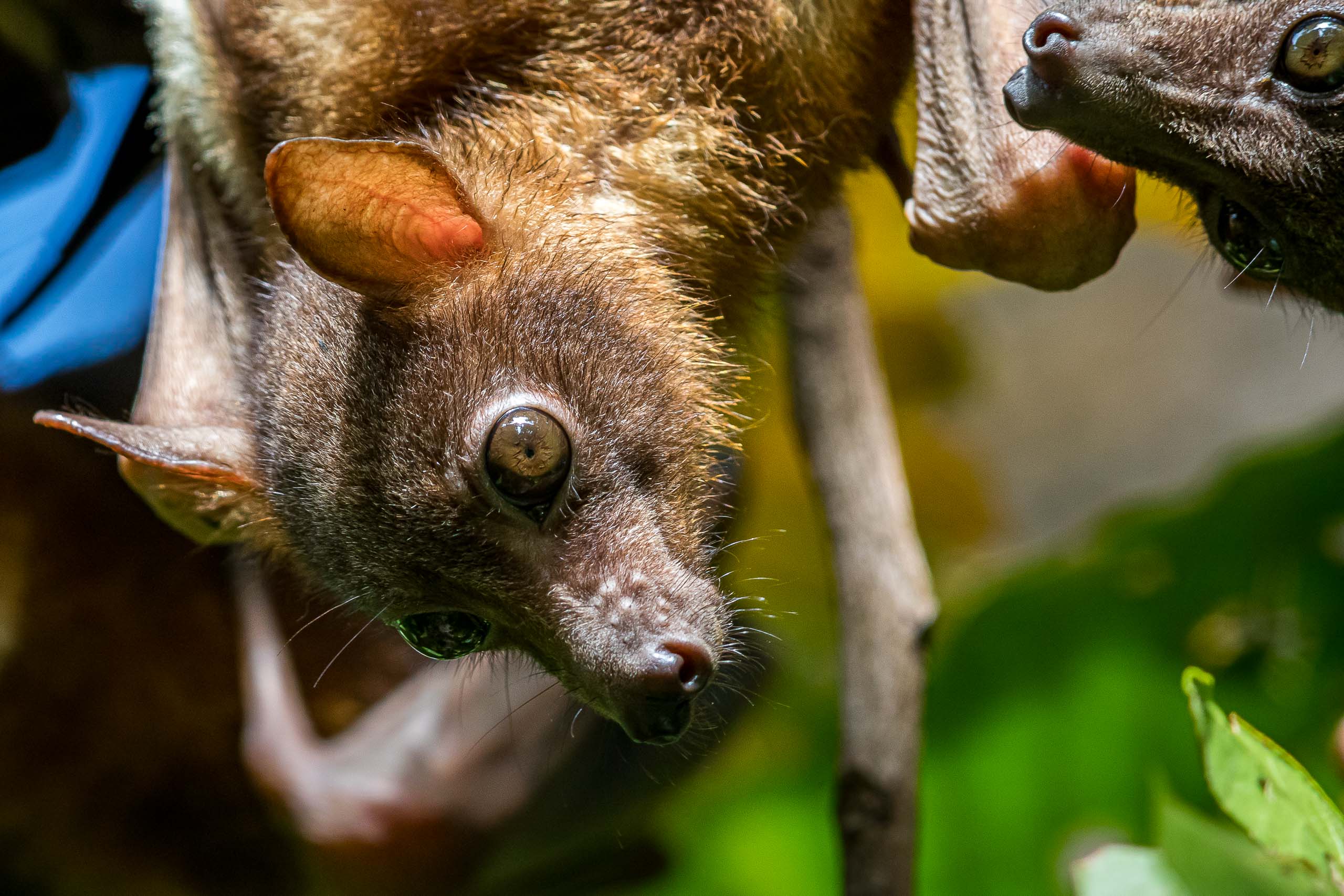