Echidnas are monotremes, which are mammals that lay eggs and nurture their young, they are quite primitive. They are sometimes called spiny ant-eaters and are only found in Australia and in New Guinea. There are four species of echidna, the smallest is the short-beaked echidna which is found in Australia and southern New Guinea, the long-beaked Echidna which has three individual species are only found in the New Guinea highlands above 1300 metres.  The short-beaked echidna lays a single egg into a pouch which is incubated for another 10 days before it hatches. The hatchling is called a puggle and it will feed on a teat like gland that is within the pouch until it starts to develop spines at about 11 or 12 weeks of age. At his time the puggle is evicted from the pouch for obvious reasons. It will continue to suckle from the mother until it is about 6 months old. Echidnas have a body temperature of only 31 – 32 degrees (Celsius) which is similar to that of the reptiles. They have hair to help insulate them from the elements and they also have spines which are about 50mm long and are made of keratin which they use to defend themselves from attacking carnivores. When attacked or threatened they will either sort of roll up into a ball by withdrawing their nose and limbs or they will attempt to dig themselves into the ground with their very strong and adapt legs and nails. Since there are only two species of monotremes in Australia, the echidna and platypus, I have not included an individual gallery for the short beaked echidna here. 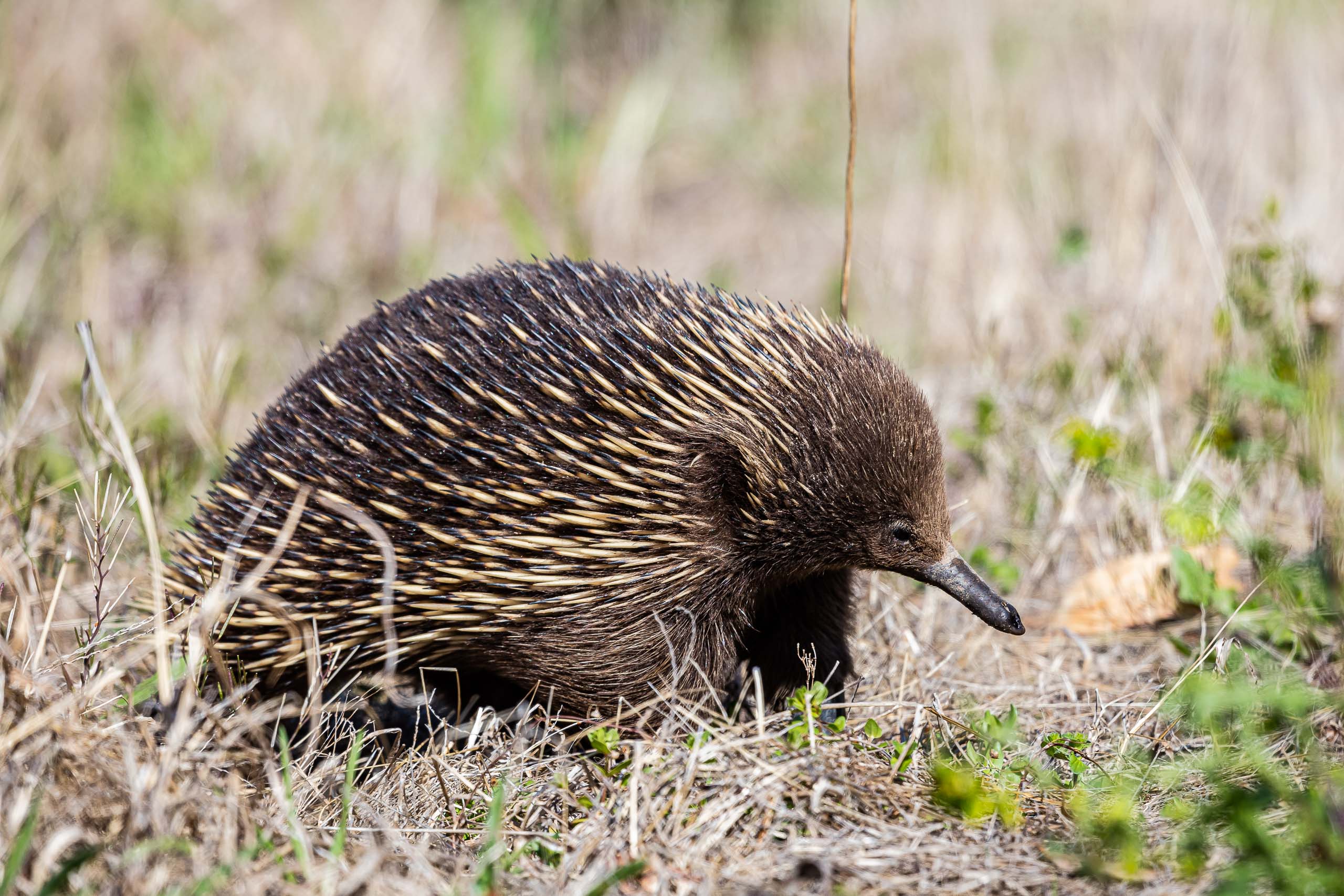