The group of marsupials described as macropods is quite diverse and include variations in size from the Musky Rat-kangaroo to the Red Kangaroo, which equates to a body mass ranging from around 0.5kg thru to about 92kgs.  The category comprises of three families within the Diprotodontia order, Potoroidae, Hypsiprymnodontidae and Macropodidae. The term macropod comes from the Greek language and means “large foot” and it is appropriate as most have very long, narrow hind feet with a distinctive arrangement of toes. The fourth toe is very large and strong, the fifth toe is moderately so, whereas the second and third are fused together and the first toe is usually missing (in most species).

The range of terrain and habitats also is quite diversified; macropods inhabit open plains, thick bush, rainforest, trees, beaches and burrows. They live in snow, wetlands and the dry interior desserts of Australia. There are about 65 species of macropods making them one of the most prolific group of mammalian herbivores.

Kangaroos can be in a state of perpetual pregnancy, having an embryo in the uterus, a developing young in the pouch and a young at foot which is still dependent on milk from the mother.  Some macropods can also use embryonic diapause to stop the development of fertilized eggs when environmental conditions are unfavourable for rearing offspring. 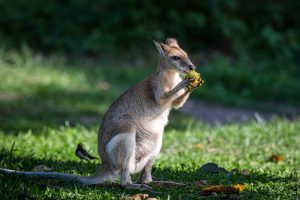 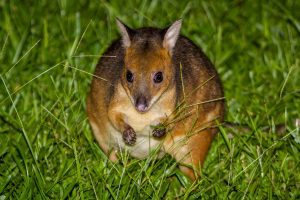 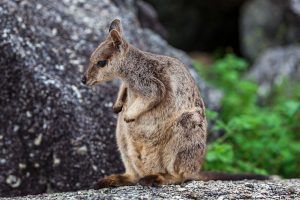 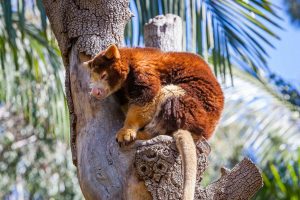 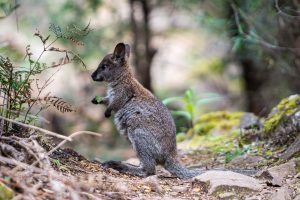 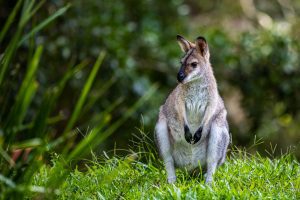 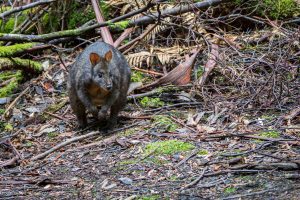 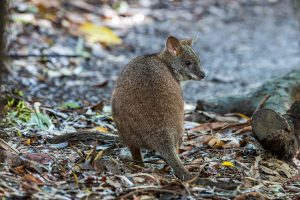 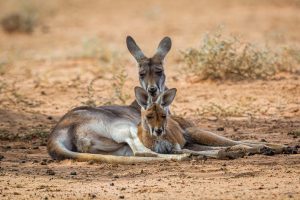 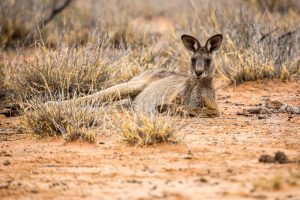 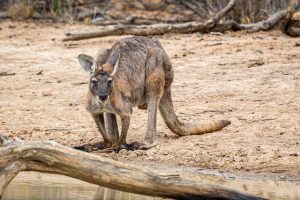 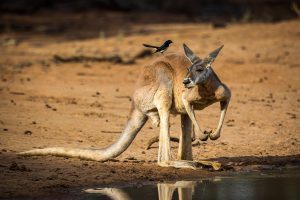 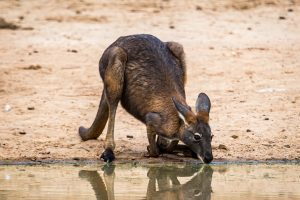 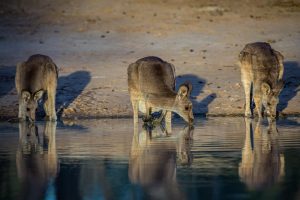 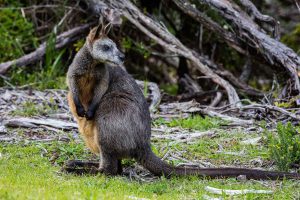 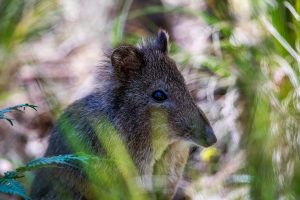 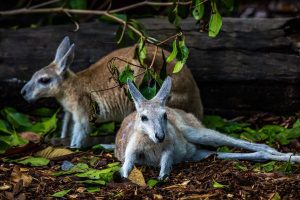 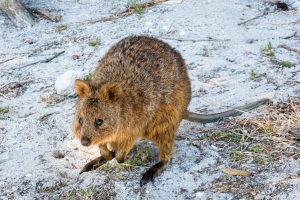 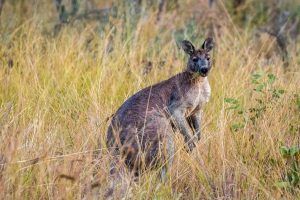 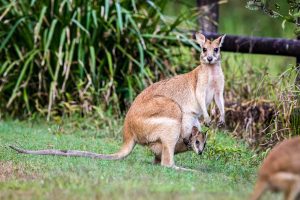 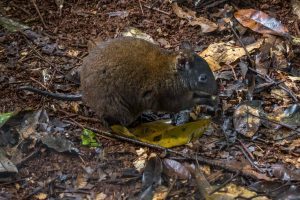 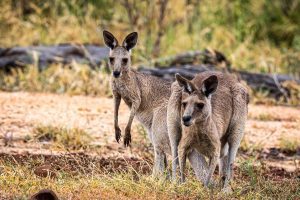 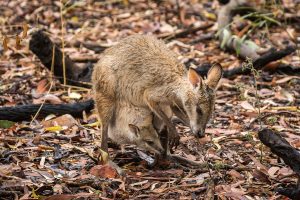 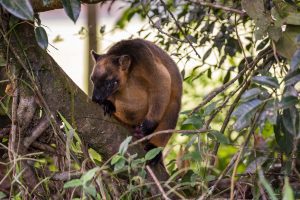 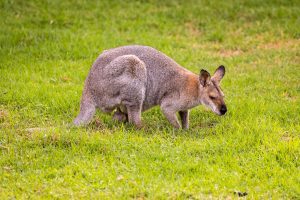 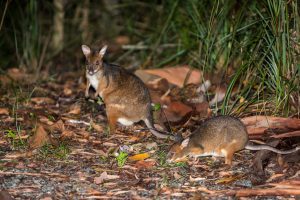 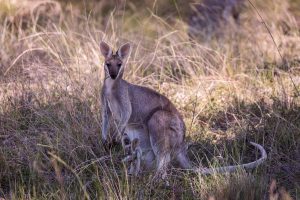 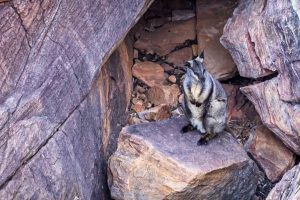 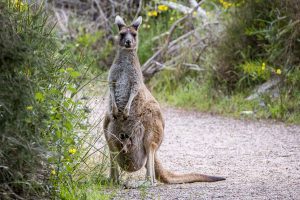 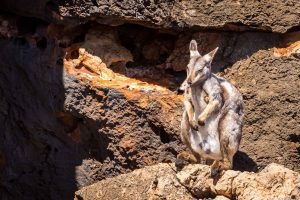