Koalas and wombats are herbivorous marsupials of the order Diprotodontia and of the sub-order Vombatiformes. There are three species of Wombat and one species of Koala, and some controversy of how many, if any sub-species of koala there are.

Koalas are arboreal and live entirely on eucalyptus leaves, they have been known to eat 120 different species of eucalypt but have their favourites, the Manna Gum, Blue Gum, Forest Red Gum and Grey Gum. They spend most of their time awake eating, as they need to eat around 1kg of leaves per day in order to obtain sufficient nutrients to sustain themselves. Since the gum leaves are not overly nutritional the Koala can spend up to 20 hours a day sleeping.

While wombats look stumpy and lethargic they are capable of running at speeds of up to 40km/h when pressed. They are the perfect digging machine with short strong limbs and broad feet with strong nails. They can dig a half metre diameter tunnel at about 2 metres per night depending on the firmness of the soil. They are in fact the largest burrowing herbivore in the world. 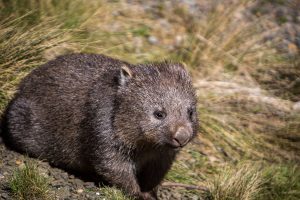 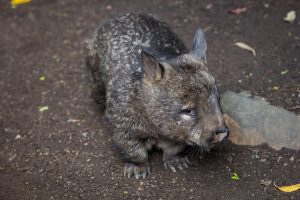 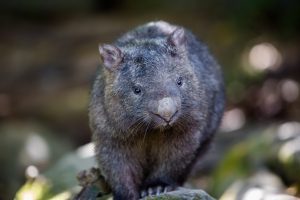 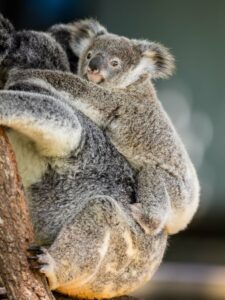 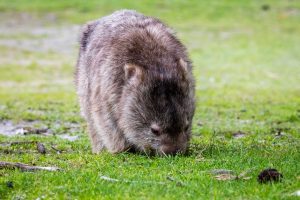 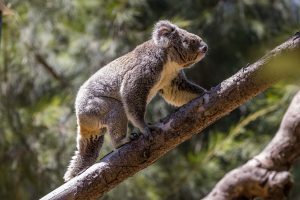 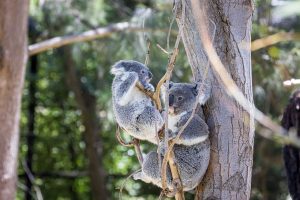