Pythons are large and quite muscular snakes with solid, backward curving teeth. Generally speaking they are also large in size and slower and more stealthy moving, comparatively to venomous snakes. They normally ambush their prey which may be a variety of birds, eggs, frogs, mammals, lizards and even other snakes. Rather than using venom to immobilize or kill their prey they will crush the prey to death by constriction before swallowing them whole. Pythons have a large number of mid-body scale rows additionally all but two species have heat sensory pits along the jaw line that are used for tracking their prey.

All pythons are egg laying snakes and the female will stay with her clutch, protecting it and warming the eggs with heat produced by making a shivering action.

Australia has some large pythons, the Scrub Python is considered to be Australia’s longest snake typically growing to around 5 metres with some recorded lengths around and beyond 8 metres, but that is very unusual. The Olive Python is also a large snake, particularly the Pilbara sub-species which grows up to 4 metres with a mass exceeding that of the Scrub Python on occasion. 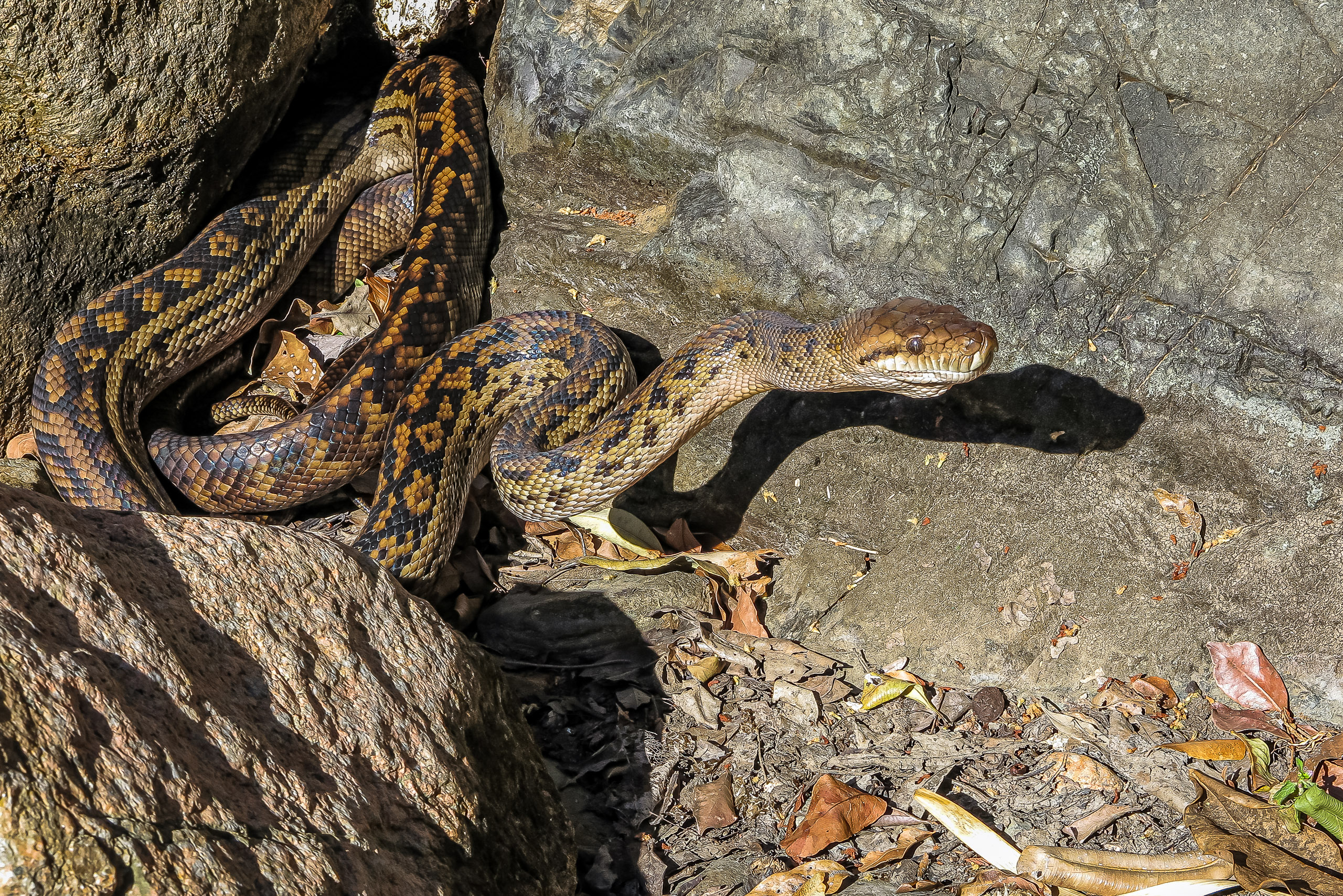