Colubrid snakes are a group of snakes that have solid teeth and rear fangs, meaning that it must partially swallow its prey in order to work the fangs into it, it also means that they are not particularly dangerous to humans as they have difficulty delivering their venom when just biting. The colubrid group of snakes is the most diverse and widespread of the snake families, worldwide, having some 1940 species. However there are only 10 species found in Australia. The family includes the tree snakes, the Slaty-grey Snake and the Keelback in Australia

Tree snakes are slender and very agile snakes climbing through trees and grass with ease, preying on frogs and small birds among other things. Both the Common Tree Snake and Brown Tree Snake vary considerably in colour, in particularly the former. Common Tree Snakes or Green Tree Snakes as they are sometime called can vary from green to olive green or black in colour. They also vary somewhat in the belly colouring from bright yellow to blue or cream. They have long slender bodies and distinctively large eyes compared to other snakes. 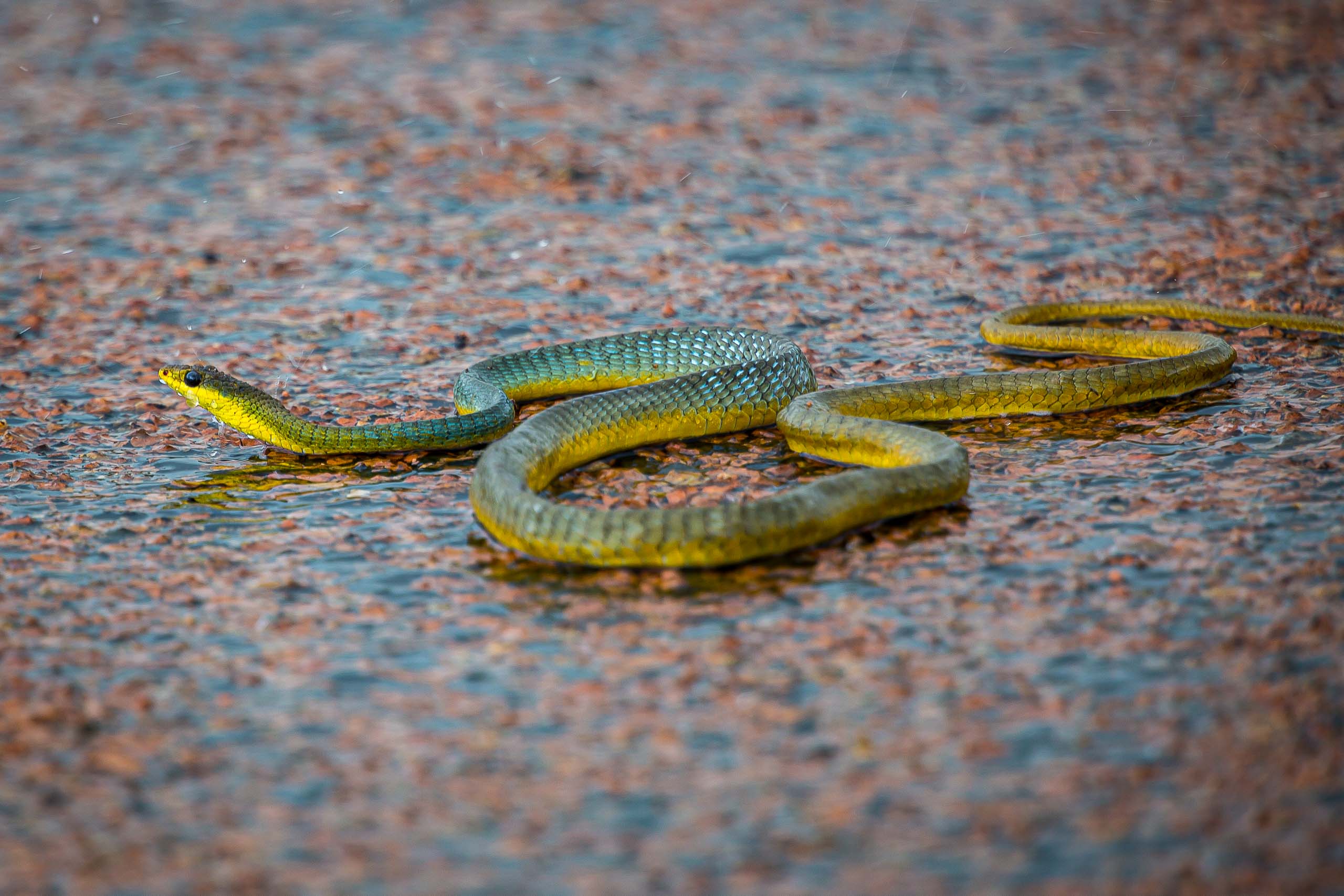