The cane toad has venom glands behind its ears which have protected it from many predators in the past, in fact some natural frog or toad predators have become extinct in areas where the cane toad has established itself. Some species have leant to turn the toad over before devouring it, such as the Torresian Crow, the Australian White Ibis, and the Water Rat. Additionally species such as the Estuarine Crocodile and the Snapping Turtle can eat the toad without any adverse effects. 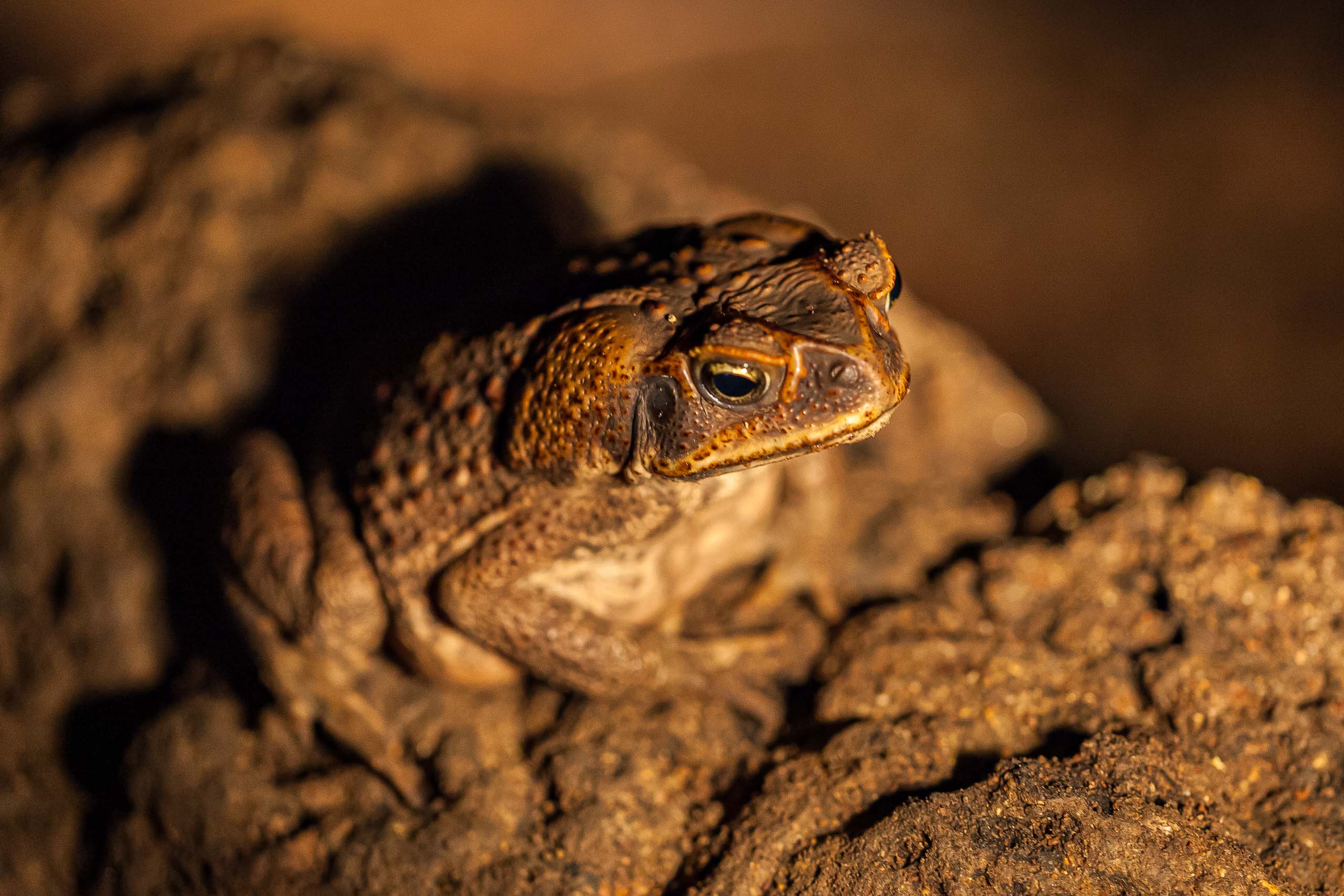